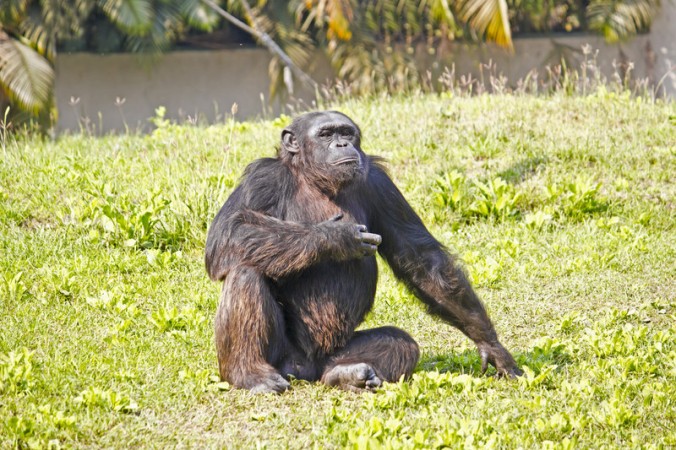 I received the book, Darwin’s Doubt, by Stephen C. Meyer, for Christmas. Since my college days, I have always been interested in “truth” in whatever form it may be revealed. As someone who spent his academic career in the “liberal arts” and post academic career in the law, I do not have a robust scientific background, but science interests me, especially as it relates to origins and ultimate truth.

Not being thoroughly inculcated in the sciences, I am not apt to read through scientific journals and must rely on someone to “break it down” for me. Stephen Meyer does that remarkably well in Darwin’s Doubt. Though I am a man of faith, I am keenly aware that religious folk can be very unscientific about science. If I am going to consider information and arguments, I want them to be well stated, well researched and deferential to scholarly analysis and opinions. Darwin’s Doubt meets that test.

Meyer’s launching point, as suggested by the title of the book, is a problem that Darwin himself recognized. That problem is known as the Cambrian Explosion. The sudden and prolific “explosion” of new life forms that appear in the fossil record in the Cambrian period is a problem for Darwinism. If the Cambrian explosion can not be explained by Darwinian theory (as it has evolved since the 1800’s), there may be reason to discount it or abandon it altogether.

In his time, Darwin wasn’t too concerned about the problem, as he thought that later archaeological discoveries would show the missing links to the Cambrian explosion. Louis Agassiz, a contemporary, was skeptical, pointing out that, there should be innumerable links shading little by little from alleged ancestors to presumed descendants. In this book, Meyer updates the archaeological discoveries since Darwin’s time and methodically explains and exposes the problem of the Cambrian Explosion.

The problem, of course, is that Cambrian life forms appear suddenly, with no evidence of predecessor life forms gradually shading toward different and more complex life forms. Rather, we see an explosion of new life forms appearing at once in the geological strata,  contrary to what we would expect to find if Darwin’s theory is true. In fact, the Cambrian fossil record is only the most obvious example of discontinuity that appears throughout the geologic column, and the archaeological discoveries since Darwin’s time have only exasperated the problem.

Meyer, then, turns to possible solutions to the problem. Darwin’s solution was to presuppose that the fossil record is significantly incomplete, providing only glimpses at points in time, leaving out important chunks of time and record. Agassiz and others observed how convenient it is that the very gaps that would prove the theory are missing (“selective incompleteness”), but many others eagerly jumped on Darwin’s bandwagon. This is all in keeping with the rising historical tide in favor of methodological naturalism – the assumption that all features of the natural world can be explained by natural causes without resort to a Creator. The scientific world was eager to move away from non-natural explanations of the world, and Darwin’s train was going that direction.

One of the more significant discoveries since Darwin occurred when Charles Walcott stumbled across the Burgess Shale in the early 1900’s. His finds reveal a cornucopia of Cambrian life forms in great detail. So great was the proliferation of life revealed in the Burgess Shale that date to the Cambrian epoch that we can identify 20 of the roughly 27 phyla known to exist in the fossil record which suddenly appear during the Cambrian era.

Far from providing the exculpatory evidence Darwin thought would be found, the Burgess Shale discovery turned Darwin’s Theory upside down – revealing more life forms that appear suddenly than we knew before, without any antecedent forms from which to trace their development and appearance.

By then, however, the inertia of the scientific community favored the Darwinian model. that train had left the station, and many people were invested in it. Darwinian Theory had already taken a significant turn as “classical” classifications of life forms had already proved problematic, and scientists were hurtling toward the more creative “rank free” classification system that posed fewer obvious problems to Darwinian theory.

While the Burgess Shale fossils showed not just an increase in complexity, but a quantum leap (a “yawning chasm”) in complexity from Precambrian life forms , Walcott and others turned their efforts to develop explanations for the anomaly in the same way that others were scrapping the classical classification method for classifying life forms for the rank free method of classification that avoided the classification roadblocks that proved difficult to get around.

Walcott came up with the artifact hypothesis, also known as the “Lipalian interval” hypothesis. The word Lipalian is derived from the Greek word for lost. Thus, his “solution” was to suppose that the fossils providing the links from Precambrian to Cambrian fossils were lost, postulating that the fossils were deposited deep in the sea where they would not have been preserved or found.

Walcott and others surmised that the tectonic shifts that caused the Cambrian fossils to rise from ocean floor to become hills and mountains only affected the Cambrian deposits, while the Precambrian deposits remained on the ocean floors. Another idea was that the Precambrian life forms were lost to sediments that were not well suited to preserve them. Still another explanation was that Precambrian life forms were predominantly soft-bodied and less likely to be preserved.

That Walcott stumbled on some of the most damning evidence against Darwin’s theory was eclipsed only by Walcott’s commitment to the theory. Stephen C. Meyer described Walcott’s explanation for the widening gap “no mean feat”, “like a defense attorney with absolute faith in his client stumbling upon a room stuffed with clues that would seem to discredit him”, finding a way “to explain all this seemingly uncooperative evidence” so as to acquit the Darwinian theory. Walcott, himself, admitted to the conclusory nature of his solutions, but was at a loss to propose other explanations. (pp. 47-48)

The soft-bodied explanation for the lack of fossil precursors to the proliferation of Cambrian life forms has only recently been  debunked. A wealth of fossils found in the Maotianshan Shale in China in 2000 show soft tissue in exquisite detail, all from the Cambrian era. The Maotianshan Shale fossils also reveal many more new forms of life than were previously known. J. Y. Chen, who discovered the treasure of fossil remains in the Maotianshan Shale, had no qualms about the apparent contradiction between the fossil record and Darwinian theory: “In China,” he said, “we can criticize Darwin, but not the government. In America, you can criticize the government, but not Darwin.” (Quoted at p. 52)

The previous presupposition that soft bodies did not make good fossils has been disproved. In fact, Simon Conway Norris notes that, of the Burgess Shale fossils, about 95% are either soft bodied or have thin skeletons (p. 62), and the Maotianshan Shale preserved an even greater variety of soft bodied animals.

So fine and detailed are the fossilized remains that  sponge embryos near Chenjiang, China show the detail of cells in the earliest stages of division. With such soft bodied detail showing in the Cambrian layers, you would expect to see similar detail in Precambrian layers, if, indeed, any Precambrian ancestors existed. Some late Precambrian environments, in fact, provide better conditions for the preservation of fossils than the Cambrian environments.

All this adds up to a significant problem in the fossil record for Darwinian theory. The absence of any evidence of the necessary “shading” of life forms evolving slowly and progressively into the Cambrian life forms (let alone any precursors to them) is a gap that appears increasingly difficult to bridge as time goes on and more evidence is revealed, contrary to Darwin’s expectation.

Stephen Meyer sums it up this way: “Paleontologists have utterly failed to find forms that would fill these yawning chasms in what biologists call ‘morphological space’ …. Instead, extensive sampling of the fossil record has confirmed a strikingly discontinuous pattern in which representatives of the major phyla stand in stark isolation from members of other phyla, without intermediate forms filling the intervening morphological space.” (p. 70)

Significantly, the most recent discoveries reveal a much shorter period of sudden appearance of the new life forms than previously thought. J. Y. Chen pegs this explosive period to just 5 million years, a mere tenth  of one percent (0.1%) of elapsed time. Based on the 3 billion plus year history of life on earth that scientists estimate, the Cambrian explosion would be like one minute in a 24 hour day.

These discoveries also turn Darwin’s tree upside down, as already noted. Rather than a bottom up series of long, subtle progressions of very small changes in life forms accumulating very slowly over long periods of time, we see what appears to be the top down, sudden appearance of radically new life forms. Only then do we see evidence a long series of subtle changes over time – starting from the life forms that suddenly appeared, and continuing only from that point on.

The discoveries that shed light on the Precambrian life forms only deepen and widen the divide. Not as robust as the Cambrian explosion, the Vendian (final) period of the Precambrian era reveals a similar, if less prolific, explosion of new life forms, which Stephen Meyer describes as another “puzzling leap in biological complexity”. If Darwinists hoped for some linkage from this former, but less dramatic, proliferation of new life to the panoply of new life appearing in the Cambrian era, they must be sorely disappointed. The sudden appearance of Precambrian life forms is not nearly great enough or of the right kind to link to the sudden appearance of the many complex Cambrian life forms.

The Precamrbian life forms also die off, rather than morph into the Cambrian life forms. Meyer notes, “This Precambrian ‘pow’ makes the problem of fossil discontinuity only more acute” since there are “no credible intermediaries leading to the Ediacaran layers… in the even more sparsely populated strata beneath them.” (p. 87)

At the end of the first four chapters. Meyer notes, “Evolutionary biologists will acknowledge problems to each other in scientific settings that they will deny or minimize in public.” (p. 97) Rather than concede anything to the “creationists”, the scientific community has sought refuge in other places. Additional articles will summarize subsequent chapters in Stephen Meyers book, Darwin’s Doubt.

In addition to reading the subsequent summaries of the book I have done (or reading the book itself), a curious reader can hear a summary in Stephen Meyer’s own words below: