The news headlines were all about the national walk out yesterday. Students in schools cross the nation walked out of school in protest of the latest mass school shooting, urging politicians and other responsible adults to do something about the epidemic of school shootings. Judging by my Facebook feed, most adults supported and even applauded them in expressing their concern to the adults in their world.

It is our responsibility to protect our children. We need to take this seriously and do all that we can to protect them from this very modern danger. It is a modern danger by the way. Never before 1966 was there an indiscriminate mass shooting of students on a school campus in the history of the United States, and indiscriminate mass school shootings have ramped up each decade since then, shooting into the double digits in the 1980’s and beyond. (See A Brief History of Indiscriminate School Shootings in the US.)

Meanwhile, I add my voice to the chorus of adults applauding our youth around the country for walking out in a show of unified protest and demand for the adults to make changes that will protect them from future attacks from indiscriminate mass shootings, but it isn’t enough.

Go ahead and protest. It raises social consciousness. It demonstrates a necessary urgency. It forces the issue top of mind and demands that we take the issue seriously. But it isn’t enough. Young people have much more power than they might think, but it will take much more effort, sustained effort, and we, as adults, need to help them in every way we can. Their lives may depend on it!

What am I talking about?

END_OF_DOCUMENT_TOKEN_TO_BE_REPLACED

I have been struggling for the right words since I learned of the Charlottesville tragedy. Of course, I denounce the hate-filled act that took a life and put others in the hospital. I denounce racism in all its ugly forms. I joined in with other voices to acknowledge that this was an act of terrorism. Plain and simple.

But, when the dust settles and the loud cries for justice fade to a simmering  fury, it isn’t that plain and simple.

How did we get here? More importantly, how do we escape this rat trap that seems to have perpetually bound us to the doom of repeated history?

I listen to the clamor of voices, and I just want to weep – so much heat and very little light. More knee-jerk reactions are not sufficient to counter the forces that have lead us to this place and have entangled people in their grip since the first man clubbed his brother to death. We desperately need something more!

END_OF_DOCUMENT_TOKEN_TO_BE_REPLACED

We tend to become like the people we choose to associate with. Paul was peaking of this tendency when he warned the Corinthians: “Bad company corrupts good morals.” (1 Corinthians 15:33) But it works in reverse as well, and the influence of example is nowhere more important than with leadership.

So Jesus taught that the greatest leader among us is the one who becomes the servant of all. He said, “Whoever wants to be great among you must be your servant.” (Matthew 20:26) If our leaders were our greatest servants, imagine what their followers would be like?

END_OF_DOCUMENT_TOKEN_TO_BE_REPLACED 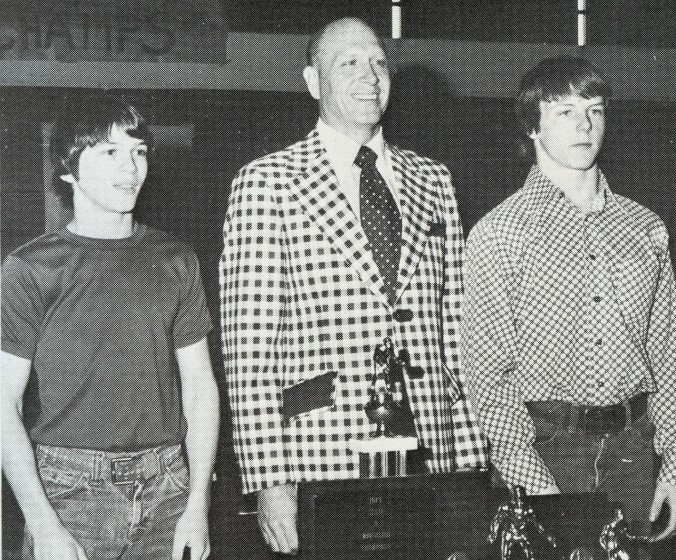 Courtesy of the South Dakota Sports Hall of Fame

I have seen different versions of the Toughest Kid on the Block by Randy Lewis, including one posted on the South Dakota Sports Hall of Fame website. The version below was posted to the Open Mat Forum, on the official website of USA Wrestling.

Randy Lewis is a legend in the wrestling world who wrestled for the legendary Dan Gable on the legendary Iowa Hawkeyes wrestling teams of the 1980’s. He is as gregarious a story teller as he was an exciting, no holds barred, wrestler in his day.  This particular story is as well told as it is inspirational, and I have embedded the the video of his legendary match with the Russian, Victor Alexeev, a two-time world champion.

Even if you aren’t a wrestling fan, don’t understand and haven’t even watched it before, you will be warmed by this story of a father’s wisdom and a son’s willingness to believe in it. Enjoy! And be inspired!