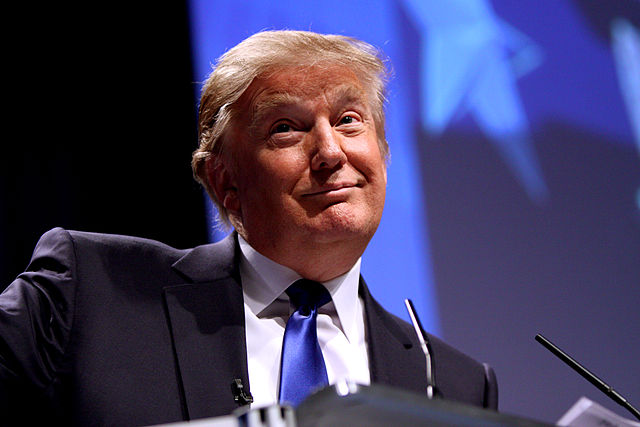 Frankly, bias has always existed. The media Mantra of objectively reporting the news has always been an ideal at best. Maybe we are just now throwing off the pretense.

These are my thoughts as I read Washington Bureau reporter, Tracy Wilkinson’s and Brian Bennett’s, article: “President Trump Has Backed off Many of His Provocative Foreign Policy Promises “.

If anyone did not anticipate Trump adjusting toward the mainstream, I have to wonder about their objectivity. That goes both ways. He was never the conservative conservatives hoped he would be. He was never the Neanderthal progressives accused him of being. He was never the backwards xenophobe liberals claimed he was. He isn’t the politician anyone thinks he is who feels the pangs of conscience that might compel him to keep (or appear to keep) his campaign promises.

Trump said what he thought he needed to say to get elected. I don’t think he believed the pretense. It was a means toward the end of getting elected. He is used to blustering to get his way, whether it is business, reality TV or politics. It’s all show for the audience he wants to reach. The only difference between him and a career politician is that he doesn’t believe his own pretense, but he wants you to believe it.

People also heard what they wanted to hear. That goes for the progressive left, as well as the conservative right, and the media in between which gobbled up whatever he was selling. Even the article written by Wilkerson and Bennett continues the pretense. As if he ever intended to keep his word.

Ironically, some of the people who might otherwise take joy in the flip-flopping, because Trump is flipping to the center and flopping away from the extreme statements he made during his campaign, are the first to accuse him of not sticking to his agenda. Just as ironically, the people who should be most concerned that he is flopping off his campaign hooks and flipping away from his promises, are now the ones to come to his defense, as if nothing has changed.

To be candid, much of what Trump “said” is what the media said he said. If there was an extreme way of taking anything that Trump said, it was taken to the extreme, not that Trump is innocent in providing the bait. It’s just that people were willing to take it, hook line and sinker, and that made for good news, if nothing else.

And, as P.T. Barnum allegedly said, “Any publicity is good publicity”. It’s as true of Donald Trump as it is for a circus.

Trump is pragmatic, if nothing else. He is a businessman. He knows how to use reality, and various versions of it, to achieve the goal. Business people are good at that. You don’t make millions of dollars, lose them, and make millions more without some pragmatism and utilitarianism.

But, frankly, we always assume too much. We assume Trump knew what he was doing. Even now, some among us want to hold him to his provocative campaign promises, even if it only means that we can villainize him for it. Others are concerned that he is “unpredictable and impulsive”. But these are the people who want to take him at his word. These are the people who assumed that Trump knew what he was talking about when he said what he said.

Is it any wonder that Trump is flipping after he learns what there is to learn? Why should we be surprised that he is flopping after looking into the facts? Now the real business begins, and Trump will continue to evolve toward what he will say he said.