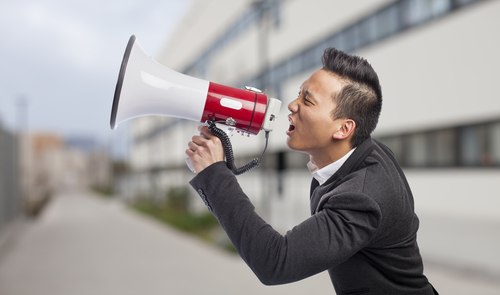 The last presidential campaign was brutal and exposed a number of seeming violations of some of the most fundamental rights and the laws that protect them that we enjoy in the United States. For the first time in history, we witnessed a candidate that not only objectified women but boasted about sexual assault against women. But there were more subtle and, perhaps, more insidiously dangerous violations of fundamental rights and laws going on that have not drawn the visceral reactions they deserve.

We have been hearing and reading for some time about a war on free speech on college campuses – once the bastion of progressive visionaries who advocated the freedom of speech as the linchpin for all freedoms in a truly free society. No longer it seems, with students and professors alike shouting down and running conservative speakers off campuses and even assaulting them in the process. The survival of freedom of speech on college campuses seems to be genuinely threatened today.

Battles over freedom of speech are nothing new, but the existing threat seems to be coming not from the right, but the left. Who would have imagined this headline in the 1960’s?! Liberals mock UW free speech center as ‘GOP safe space’

The angst over speech people don’t want to hear on college campuses has gotten so critical, and has caused such a backlash, that even liberal professors are complaining about it. The fundamental concept and importance of the freedom of speech seems to have been lost in he emotional tumult.  Greg Lukianoff, president and chief executive of the Foundation for Individual Rights in Education, observes: “I think everyone understands that they have a free-speech right, but they don’t necessarily understand why you should have one.“

Of course, popular speech doesn’t need to be protected. Speech that doesn’t offend needs little protection. The principal of freedom of speech really only protects unpopular speech and offensive speech (or it protects nothing at all). This was the idea championed in the 1960’s and 1970’s by the liberal and progressive ideologues of the time. Back then, their speech was unpopular, and they often resorted to offensive speech to get their points across. Now, the tide has turned. Conservatives are the ones who are attempting to “hide” behind the protection of freedom of speech.

But the principles remain the same. It doesn’t matter whose speech is protected. That is precisely the idea – that we don’t protect speech depending on who is speaking it or what they are speaking. What is popular and what is offensive has changed, and it will change further in the future. It will change in ways we could not even imagine today.

Enter the idea of “hate speech”. The term is ubiquitous today and growing in acceptance. Wikipedia defines it as “speech which attacks a person or group on the basis of attributes such as race, religion, ethnic origin, sexual orientation, disability, or gender“. If hate speech had been defined about ten years ago, it might not have included sexual orientation on that list. Tomorrow that might list might be longer still.

But, that isn’t what makes the term problematic as a concept that may have legal significance. Speech often attacks. We call speech that attacks an argument or a debate, and that kind of speech is how ideas advance and are challenged in a free society. If we can’t have that kind of speech, because certain topics are off limits, we don’t really have freedom of speech or a free society.

This is not to advocate for hate speech, or hatred of any kind. But, we can’t have it both ways. We can’t have free speech when certain speech is off limits. We don’t have to like the speech that is unpopular or offensive, but we have to protect it. Because, if we don’t, there are no guaranties that our own speech will be protected in the future.

For these reasons, the Matal v. Tam case that was recently decided by an unanimous US Supreme Court (without Justice Gorsuch) affirmed the right of free speech over a “hate speech” exception. In the words of Justice Kennedy:

A law that can be directed against speech found offensive to some portion of the public can be turned against minority and dissenting views to the detriment of all. The First Amendment does not entrust that power to the government’s benevolence. Instead, our reliance must be on the substantial safeguards of free and open discussion in a democratic society.

For now, the right to freedom of speech is safe, but the battle wages on across the college campuses that dot the landscape.