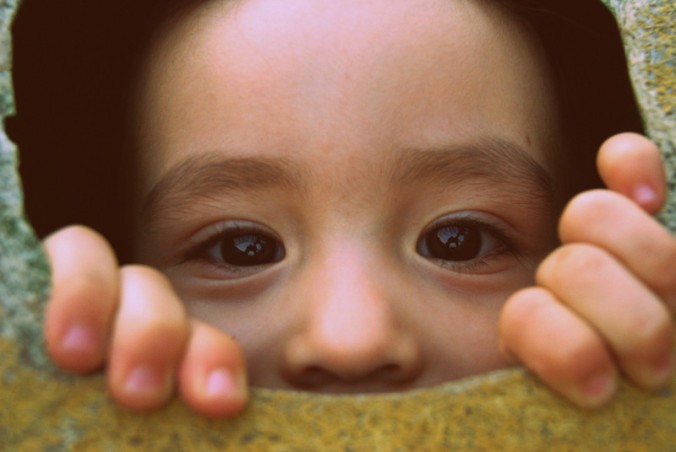 Douglas Axe[i] recently published a book Undeniable: How Biology Confirms Our Intuition That Life Is Designed[ii], in which he attempts to show how science, as well as our own experiences and observations, belie a world that is full of design and evidence of a designer. Though he is vilified by dogmatic Neo-Darwinists and others who cling to that tired model of life in spite of mounting evidence against it, others have recently acknowledged his contributions to science.[iii]

(I do not mean to suggest that evolution is not science, nor that it is the best science we have on the subject, but evolutionary science has yet to prove “the origin of species” in a definitive way. the origin of life defies evolutionary science, even today. Neither does the reality of evolution discount the involvement of design in the process or a designer (intentionality) behind it. New paradigms are shaking up the Neo-Darwinist model, not necessarily negating the role of evolution in the development of life, but transforming our understanding of it.)

Axe highlights a phenomenon that he calls “universal design intuition”. According to Axe, most pre-school age children at the world and attribute the world they see to a God-like designer. They do it intuitively, even when it is contrary to their own parents’ beliefs.

END_OF_DOCUMENT_TOKEN_TO_BE_REPLACED

From an Interview with Perry Marshall – Author of Evolution 2.0

People have likely fought ideological battles since people could communicate with each other. We have grown in intellect, our knowledge of the world and made significant technological advances (though men accomplished things millennia ago that we still can’t understand), but has our nature changed much?

Ideological battles seem to be the basic stuff of which culture and society are made. At the lowest level, it’s “us against them”, and “we” protect our turf like our lives depend on it. We pick our turf, and we defend it: new against old; right against left; science against faith; and on and on.

These ideological battles can be, but don’t necessarily have to be, the stuff of racism, bias and ignorance. We need reference points and bases from which to operate and categorize and contextualize the world, but dogmatic, rigid adherence to our reference points block progress, even if we are “progressive”. The inability or unwillingness to remain open-minded limits our opportunities for advancement.  END_OF_DOCUMENT_TOKEN_TO_BE_REPLACED

I recently read the book, Darwin’s Doubt, by Stephen C. Meyer, a Cambridge University Ph.D. in the Philosophy of Science. The book uses Darwin’s acknowledgment that the Cambrian Explosion was a significant problem to his evolutionary theory of the origin of life as a springboard to explore in detail that problem which Meyer aptly names “Darwin’s doubt”.

In this blog, I want to provide an overarching description of the basis for Intelligent Design, which is ultimately the theory that Meyer espouses. For Meyer, the key basis for Intelligent Design is 1) the argument from biological or genetic information and 2) the argument from physics or cosmology. Both arguments can be summed up in the statement that we live in a universe of irreducible complexity that could not have happened by chance or unguided “natural law”.

Meyer focuses on the biological argument, observing that, to build the complex biological machines that we see, there is a need for prior information, and any discussion of that complexity begs the question: where did that information necessary to build the protein parts out of which the complex structures are made come from in the first place? What cause is capable of generating that information? Meyer argues that we can use the same scientific method that Darwin used to infer that the cause had to be conscious mind or intelligence.
END_OF_DOCUMENT_TOKEN_TO_BE_REPLACED

I am deep into the book, Darwin’s Doubt, by Stephen C. Meyer, and chronicling my way through it. The title of the book comes from the problem that the Cambrian explosion posed, and still poses, to evolutionary theory. In the first article, the problem that first appears in the fossil record is explained. In the next article, some possible solutions to the problems are explored and discarded. In the third article, we begin to look to genes for possible solutions, and that sets the stage for this article.

The origin of the animals that appeared suddenly in the Cambrian period necessarily required vast amounts of new functional information. Where did it come from and how did it arise? The discovery of DNA as information retaining and building mechanisms seemed to present great hope for a solution, but that is not the story the history of exploring this solution tells. In fact, the study of DNA has only accentuated the problem.

END_OF_DOCUMENT_TOKEN_TO_BE_REPLACED

Attempts to explain away the problem of the Cambrian explosion have continued since Darwin fist recognized the issue. The Cambrian explosion, and the Precambrian mini explosion before it, pose a direct challenge to evolutionary theory because the life forms that appeared in those relatively shorts periods of time arose suddenly and without apparent ancestors, at least as revealed in the fossil record. That they appeared suddenly defies the evolutionary necessity of long periods of time of gradual evolutionary change. That they appeared without apparent prior ancestors, obviously, negates the idea of an evolutionary tree altogether.

Darwin assumed that subsequent discoveries would fill in the gaps. Subsequent archaeology, far from filling in the gaps, has only exposed the gap to be wider than first believed. The gap in the record before the Precambrian period and the much wider gap from the Precambrian period to the Cambrian remains. The “lost” intervening fossils have never been found and are not likely to be found; so, other explanations are needed to sustain Darwinian Theory.

That is the subject of chapters 7-8 of Stephen C. Meyer’s book, Darwin’s Doubt. I lay out the basic problems in the first article in this blog series exploring chapters 1-4, and dig deeper into the problem Meyer explores in chapters 5 & 6 in a subsequent article. In this third article in the series, we dig deeper and wider still looking for possible solutions to the dilemma that still remains.

END_OF_DOCUMENT_TOKEN_TO_BE_REPLACED 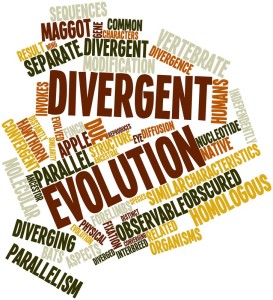 I received the book, Darwin’s Doubt, by Stephen C. Meyer, as a gift and have been reading and reviewing it on this blog. I learn better by processing what I read, and processing, for me, means writing.

In the first installment, I breezed through the first four chapters of the book in which Meyer introduces the problem of “Darwin’s doubt”, the Cambrian Explosion. Darwin knew the sudden proliferation of life forms in the Cambrian era was a problem to his theory, but hoped future discoveries would prove his theory right.

The Theory of Evolution necessarily requires long periods of gradual change in which natural selection works to weed out unproductive traits in favor of productive traits, slowly and almost imperceptibly evolving from simple life forms to more complex life forms and from one life form to another life form.

The Cambrian “explosion” contraindicated Darwin’s Theory of Evolution. Darwin, himself, highlighted that fact, but he assumed that future discoveries would fill in the missing gaps that did not appear in the fossil record in his time. Meyer traces the most relevant history since Darwin’s time to “tell the rest of the story”, which turns out does not confirm his assumption. In fact, subsequent discoveries accentuate the problem.

In the next two chapters, Meyer explains how the scientific community has attempted to fill that gap with solutions that explain away the gap. Rather than question Darwin’s theory, they have moved to the molecular record to vindicate the theory to which the scientific community long ago committed. Meyer carefully explains how the Cambrian gap and less remarkable (but no less significant) Precambrian gap are not bridged by molecular analysis or anatomical analysis.