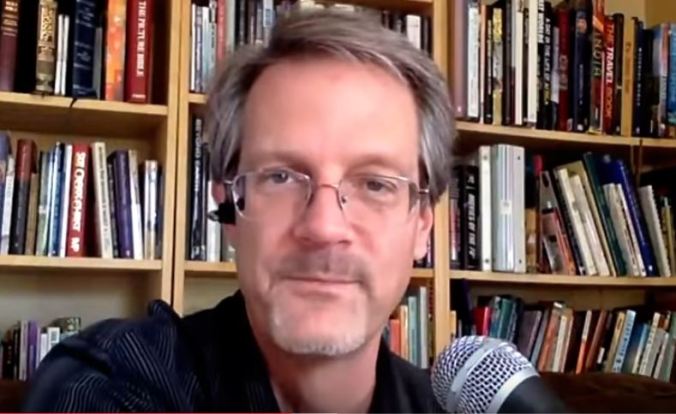 From an Interview with Perry Marshall – Author of Evolution 2.0

People have likely fought ideological battles since people could communicate with each other. We have grown in intellect, our knowledge of the world and made significant technological advances (though men accomplished things millennia ago that we still can’t understand), but has our nature changed much?

Ideological battles seem to be the basic stuff of which culture and society are made. At the lowest level, it’s “us against them”, and “we” protect our turf like our lives depend on it. We pick our turf, and we defend it: new against old; right against left; science against faith; and on and on.

These ideological battles can be, but don’t necessarily have to be, the stuff of racism, bias and ignorance. We need reference points and bases from which to operate and categorize and contextualize the world, but dogmatic, rigid adherence to our reference points block progress, even if we are “progressive”. The inability or unwillingness to remain open-minded limits our opportunities for advancement.

For many people, their basic reference is the Bible. For others, it is “science”. Science is in quotation marks because our understanding of what science tells us is subject to interpretation, and interpretation makes all the difference. The same can said of the Bible, of course, but we seem less apt to have the same skepticism for science that we have for religion.

Theologians and scientists are constantly sharpening their understanding of the Bible and of the methods of thought and practice that we call science. At the same time, they are using those tools to understand the world. Theologians and scientists are famously (or infamously) known for ideological battles with each other, but they are no less given to ideological battles within their own groups. This is indicative of the nature of man.

Theologians have natural blind spots that are borne out of a reliance on the value of faith, but scientists have have blind spots too. The dogmatic acceptance or rejection of anything will limit the possibilities we are willing to consider and, therefore, our expectations, and our expectations (or lack thereof) can blind us to truths that we are not willing or able to synthesize with our reference points.

When we train and discipline ourselves to remain open to possibilities, we put ourselves in the best position to learn and to advance.

Ironically, scientists, who pride themselves on following the evidence where it leads, may have walled themselves off against an accurate understanding of the world in the area of evolution. Enter Perry Marshall, author of the book, Evolution 2.0, into the discussion: He describes the resistance he has received from both ends of the spectrum, but he is particularly harsh in his criticism of neo-Darwinists:

Scientists looking to throw off the constraints of religion latched onto Darwinian Theory when it was first proposed, and a segment of the scientific world has not been willing to look back since that time. I believe this direction, which seems to be more an ideological one than a scientific one, may have created some blind spots that persist to this day. By rejecting faith while grasping for science, many people have lost the reference points that point to possibilities that they fail to consider.

Perry Marshall, examines some of these possibilities in the following interview, contrasting a “wrong theory of evolution” with the way things really work:

When we leave ourselves open to possibilities, we allow ourselves greater opportunity to make new discoveries. Ideological dogma, even in the scientific world, shuts the door on new discoveries that require us to think outside of our ideological boxes.

According to Perry Marshall, evolution doesn’t work the way neo-Darwinists have always assumed. They have thrown God to the curb and have dogmatically refused to let go of the model of natural selection acting on random mutations. Perry explains, however, that evolution happens in a completely different way, referencing Barbara McClintock’s discovery in 1945:

The inability or refusal to consider possibilities that don’t fit with our ideological views of the world limit our progress. In this vein, Darwinists have resisted the discovery of new possibilities for 70 years, and this ideological dogma has stymied science, according to Perry Marshall:

I believe we live in a multifaceted world in which science and religion, both, provide us valuable understanding. I believe that we need both reference points to understand the world we live in accurately. A key to understanding is being willing to consider evidence and theories that don’t appear to fit with our settled ideologies. That is a challenge both for scientists and for people of faith.

We tend to think in terms of all or nothing. We may be paretially right about that. After all, truth is exclusive of things that are not true. Reality and truth, however, don’t fit into our understandings. We have to adapt to them! We need to learn what the writer of Ecclesiastes wrote about three millennia ago

“It is good that you grasp one thing and also not let go of the other; for the one who fears God comes forth with both of them.” (Ecclesiastes 7:18)

Faith is not the enemy of science, and science is not the enemy of faith. Truth is truth regardless of how we categorize it. Ideology that dictates our quest for truth will leave us walled off from the truth our ideology will not allow. If we want to free ourselves to a more accurate understanding of the world we live in, scientists need to remain open to the truth found in religion, while people of faith must grasp for what science reveals without letting go of the truth found in religion.

What we grasp and what we let go is likely to evolve as we progress, but we won’t progress unless we remain open on both ends. We need to let truth dictate to us, rather than insist that our ideology dictate the truth for us.

One thought on “Science & Religion: Taking Hold and Letting Go”