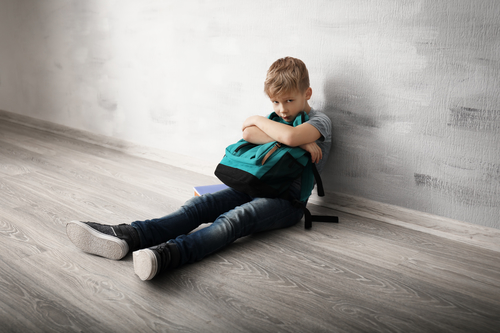 In the wake of another tragic school shooting and re-ignition of the flames of impassioned debate over guns and gun control, some people have dared to suggest we have problems other than guns. They get shot down pretty quickly now, as it seems we just can’t ignore the gun problem we have. Yes, I have been reluctant to say it… we have a gun problem.

But that isn’t the only problem either. We assume that anyone who shoots up a school playground is crazy, but that is a dangerous assumption. We think that they are “not like us”, but history suggests we might be fooling ourselves. Given the right factors, circumstances and pressures, any one of us might do things we could never imagine.

The Holocaust wasn’t just the result of a despot few. It took a nation of “regular people” to allow it to happen. If the Holocaust happened in the US today (not suggesting it will), your neighbors would be going off to work this morning to the concentration camps, gas chambers and sterile government offices that allowed genocide to become a national industry. It could very well be us, given the right mix of circumstances and pressures.

The gun problem in the United States isn’t likely the result of a single problem. Reality is more complicated than that. Rather, a confluence of factors and circumstances have come together to create this perfect storm – this phenomenon that is unique in the civilized world.

Among the factors, I speculate, is the history of gun rights that is unparalleled in any other country. Gun ownership is an individual right in the United States. It’s even built into our Constitution. No other country has that history.

But, I don’t think the availability of guns or mental health or or our history, pick your pet theory, are the only issues. School shootings are a recent phenomenon. The first school shooting took place in 1966, and the incidents of indiscriminate school shootings have risen exponentially in the last 20-30 years. Something else is going on.

We tend to let ourselves fall into the trap of false dichotomies: it’s either guns or not guns. Yes it is! Not it’s not!

Like schoolyard banter, nothing gets accomplished because each side is too busy defending their own side of the argument, and too stubborn to concede anything to the “other side”, so we don’t get anywhere. Nothing gets done. We end up with no resolve and no solutions.

It’s past time that we started talking in earnest about what has happened to our boys!

END_OF_DOCUMENT_TOKEN_TO_BE_REPLACED 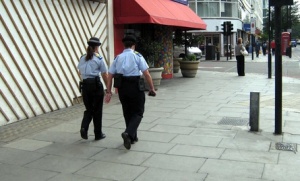 Sometimes I read or hear things from disparate places that are stated in separate contexts that bring home a point about things I am thinking about. That happened this week in regard to the riots in Ferguson and an article on a common denominator among mass murderers.

Everyone by now has heard the story of Ferguson. A cop shot down a monstrous boy/very young man in the middle of the street. Accounts widely diverge from self-defense to cold blooded murder, and the rioting and looting and militaristic police response has been a national saga ever since.

I also read, an op ed piece on the common thread among mass murders in recent history that was tucked away in the Mad World online written by a conservative, gun right pundit. It can be read here (Nearly Every Mass Shooting has this One Thing in Common, and It Isn’t Weapons).

Those are a couple of pretty unrelated things, right? Maybe not if you are a conservative, gun-right-preaching zealot, or even a left-leaning libertarian gun right believer in protecting one’s self against the excessive force of a rogue government law enforcement agency. But, that is not the connection that these two things had for me.

Mental illness is the thing. I am no expert on mental illness, though I once worked in a state run institution for developmentally disabled adults. While there, I developed distrust for drug prescribing psychiatrists and state run bureaucracies. Those patients were over-medicated, it seemed to me, more to make their caregiver’s’ lives easier rather than for any benefit to the patients; but I admit my observations were not educated ones.

The point of the article is that nearly all of the recent mass shootings were perpetrated by people who had been prescribed psychotropic drugs – SSRI drugs (Selective Serotonin Re-Uptake Inhibitors). These are drugs with common names such as Zoloft, Luvox, Prozac, Ritalin (I am not sure that is one), Paxil, etc.) You can see the list of perpetrators and their drugs at Ammoland Gun News (yes, Ammoland Gun News, believe it or not)

Something did not sit right for me about the article so I asked a friend about it. My friend, who works in the psychiatric field with her husband, commented that the shooters likely became manic or had a “mixed episode” of mania and depression after taking the SSRI or the stimulants because, in fact, their correct primary diagnoses were actually bipolar disorder, not major depressive disorder or anxiety disorder or ADHD. SSRIs are potentially dangerous if prescribed for bipolar disorder.

She also told me, on average, it takes a psychiatrist in the U.S. 10 years to make a correct diagnosis for bipolar disorder, maybe even longer if it is the milder version, bipolar II. That is really pathetic. (Her words) The other piece of information that is not included here that should be is that many people with mental illness go on aggressive sprees when they are just getting sick with the onset of the disorder and have not been prescribed meds yet.

Then I heard an interview on NPR, which is the thing that began to bring these seemingly disparate subjects together for me. I strongly encourage you to listen to this piece titled, Mental Health Cops Help Reweave Social Safety Net in San Antonio.

According to this piece, “jails hold 10 times as many people with serious mental illness as state hospitals do”, referencing “a recent report from the Treatment Advocacy Center, a national nonprofit that lobbies for better treatment options for people with mental illness.” To deal with the problem of mental illness and overcrowded jails, “San Antonio and Bexar County have transformed their mental health system into a program considered a model for the rest of the nation. Today, the jails aren’t full, and the city and county have saved $50 million over the past five years.” The San Antonio effort is “called ‘smart justice’ — basically, diverting people with serious mental illness out of jail and into treatment instead.”

$50,000 saved! You must listen to the officer who was trained to deal with mental illness encounter a young man acting weird. The officer admits the man would have been taken to jail years ago, under the old system. In this segment, the officer takes a much different approach, and the difference is dynamic.

Overarching these various things is the idea that “kindness matters” – to borrow a term used recently in an opinion piece in a local newspaper written by…. a police officer. Novel idea!

Not that no police officers are kind, but things are definitely different from when I grew up. A final interview I heard with a 30 year law enforcement veteran revealed something that I did not know. Apparently, police training across the country over the last 30 or more years has taken a more militaristic turn from the “serve and protect” model of local police who walked a beat. This veteran expressed concern over this development, which has been long in the making. Police officers are trained differently, and that training is having an effect.

There is a different way of going about law enforcement that emphasizes “smart justice”. Mental illness is not the cause of all our society’s problems, but it must be addressed. People with mental illness need treatment. Their behavior is more of a manifestation of that mental illness than criminal intent.

Not every punk kid encountered on the street is going to be a career criminal. I was one of those punks. I can still remember the grace I was shown as a kid by local law enforcement who were more father than soldier to me, and I will be forever grateful. I still do not know what I was thinking through those dark years of my life, but I can only liken it to temporary insanity (exaggerating slightly of course).

In fact, if I were “mistreated” in any way, it would have reinforced my sense of “the man” I thought I was fighting back in the day, and I might be still fighting the man today. Now, I am proud to be a contributing part of the community that treated me well when I did not know any better.

I will end with a little pseudo-science and philosophy. Newton observed “for every action, there is an equal and opposite reaction.” I think that may be true of people and relationships. Force draws one reaction; kindness draws another reaction. We need to be smart about how we deal with societal problems.