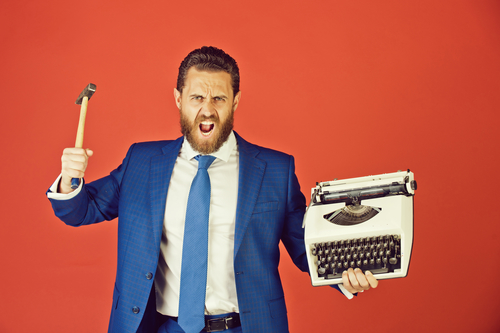 Yesterday I was involved in an “animated” discussion about immigration triggered by “the caravan” that is making its way to the US border. I have read the “suggestion” by people on social media that we should carpet bomb the caravan, that the caravan is being funded by George Soros and is full of criminals and terrorists. I’ve also read sources debunking some of the extreme claims made about the caravan.

The reporting is all over the board. That is problem, not just in regard to this “caravan” issue, but in general. Because journalism has all but thrown off the façade of being unbiased, people don’t trust journalism anymore. We are experiencing a journalism crisis in the United States today.

As the “conversation” played out on my social media page, one person demanded a source for the claims that the caravan was trumped up and funded by people like George Soros and infiltrated by criminals and people who have been deported many times before. When another person posted a Western Journal article (with the headline, Reporter Proves Trump 100% Right), the first person responded this way:

“I guess I should ha [sic] said credible evidence. A statement from an independent reporter for a right wing paper trying to spread irrational fear does not work for me.”

Is this what journalism has come to?

But, I also had to cringe at the response. While I understand it, the response reveals a deeply flawed, knee-jerk reaction mentality that is just as unproductive as the clickbait headline (which is intended to provoke the reaction). We have gotten so that we dismiss anything out of hand that comes from “the other side”.

It happens both ways. People will say the same thing about CNN or MSNBC or other sources. For that reason (and others), it’s a no-win argument. It might make sense to distrust a source that is clearly biased, but bias doesn’t mean that the reporting is inaccurate.

Stripping away the opinions, the factual statements are either true or untrue – but the truth doesn’t depend on the bias of the source.

Putting it another way, it’s wrong to dismiss the statements of fact in an article out of hand just because we distrust the source. The accuracy or inaccuracy of the factual statements have nothing to do with the source. So, how do we respond?

We have to lay much of the blame at the feet of the journalists, themselves, who have allowed themselves to be drawn out of their ideological shadows, baring their ideological souls to the world. The pretense of unbiased reporting is gone. Maybe that is not all a bad thing, but it’s still a problem for us that we need to recognize and deal with.

One way to deal with it is to recognize, at the same time, that journalists are still reporting the news. They are reporting on factual situations. It’s isn’t all partisan rhetoric.

We need to be more astute readers of the news than we have ever been before, but we should not be dismissing news reported from disfavored and distrusted sources out of hand like we do.

If we continue down this road, what hope do we have of ever bridging the gaping chasms that lie between us? We have to find a way beyond this journalism crisis.

It seems that most people spend their time discounting facts on the other side and highlighting the inaccuracies. I am not saying that we should let inaccurate reporting go, but I suggest we shouldn’t spend all of our time focused on the inaccuracies. Even if a news source is right only 60% of the time, it’s still 60% accurate.

That’s the danger of the way we react to the sources we don’t like. We are throwing the proverbial baby out with the dirty bathwater.  As difficult as it is to process facts that cut against the grain of our preferred thinking, we shouldn’t be ignoring them if we care about truth.

This goes both ways. I am not speaking to one side or the other here. I am trying to speak to people of all stripes. We need to be better consumers of the news. We need to be more sophisticated and nuanced.

We need to stop playing into the clickbait headlines. If we stop clicking on them, we will force journalists to stop using them. At the same time, we can’t dismiss facts just because we don’t like the source. .

If we as Americans are going to rise above this journalism crisis, we need to be more thoughtful and more circumspect. We need to stop posting memes on social media. We need to listen to each other, even if we don’t agree. We need to demand more responsible reporting from journalists.

There will always be those who prefer the National Inquirer to Walter Cronkite. Intelligent people should demand better. But, if most of what is available is more like the National Inquirer than Walter Cronkite, we can’t let ourselves retreat into our partisan fortresses and insulate ourselves from the “contrary facts” that are surely hidden behind the ideological facades. Let us venture out into the daylight, expose the falsehoods and be brave enough to accept the facts as they are, regardless of the source or the bias of the source.

One thought on “Responding to the Journalism Crisis”