So this happened yesterday in the confirmation hearings. Senator Diane Feinstein asked nominee Barrett if she would “vote to roll back hard-fought freedoms and protections for the LGBT community.” Barrett replied, “I have no agenda. I do want to be clear that I have never discriminated on the basis of sexual preference and would not ever discriminate on the basis of sexual preference.”

The comment triggered a virtual fire storm of reaction, beginning with follow up comments from Hawaii Senator, Mazie Hirono. She took the opportunity to state that “sexual preference” is a term “used by anti-LGBTQ activists to suggest that sexual orientation is a choice. It is not,” she said. “Sexual orientation is a key part of a person’s identity.”

That idea has been around since the assertion that people are “born that way” that I remember going back to the 1970’s. Though, it was a novel idea then, the groundswell of common opinion seems to side with it, now, 40 some years later. I wasn’t aware that it was scientific fact, but I might have missed that discovery.

But what do I know? Barrett’s words of clarification only seemed to fuel the firestorm of response that followed.

That firestorm spread so rapidly that Webster’s dictionary online even changed the definition of sexual preference that same day (yesterday to be exact). The term is now officially defined as being “offensive” when used “to refer to sexual orientation” according to one of the venerable dictionaries of the modern age.

I would point out that the change occurred after Barrett made the statement, but it seems from the quick and decisive public response that she should have anticipated it.

Dictionaries, these days, change the meanings of words at the speed of light (or speed of sound, perhaps).  It’s hard to keep up, but one must ever be on guard to adapt and get out of the way of the tsunami that follows a misstep. In a culture that is increasingly attuned to what many have called “political correctness”, a person can never be too quick to change. Barrett is obviously behind the times.

Just for the record, though it wasn’t that long ago, according to the Washington Post, that people more attuned to such things, like Democratic presidential nominee Joe Biden and the late Justice Ruth Bader Ginsburg, whose seat Barrett has been nominated to replace on the high court “also used the phrase”. (Should overlook the facts on grounds that the Washington Post is a right-wing publication?)

Only a couple years ago Leon Panetta, Obama’s Defense Secretary, wrote for CNN that “Trump is not who we are” since “we are all created equal under God, regardless of our race, creed, religion, color, sexual preference.” But what do I know, again? Maybe he didn’t mean by it the offensive connotation: “to refer to sexual orientation”.

Even if we take Barrett’s words at their most pernicious meaning (that sexual orientation is a preference and not an immutable characteristic), her statement is actually quite a bit less evil than the quickest objectors have speedily supposed. She seems to be saying that, even if gender is only a preference, it deserves protection, and she stands in favor of protecting that preference. That’s good, right? 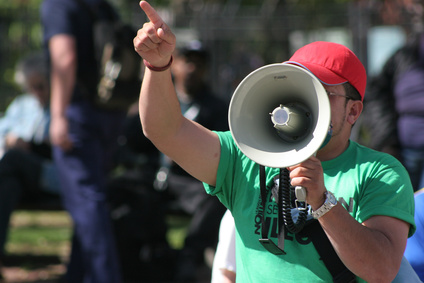 The collective response to the recent adoption of the Indiana Religious Freedom Restoration Act (RFRA) is a marker of the shift in popular culture in my opinion. The swell and direction of popular opinion is unmistakable. The overwhelming will of the people favors the right to be free from discrimination on the basis of sexual orientation, and religious freedom has never been more disfavored in the Western world. The groundswell threatens to unhinge governments and people who stand against the tide. END_OF_DOCUMENT_TOKEN_TO_BE_REPLACED