The collective response to the recent adoption of the Indiana Religious Freedom Restoration Act (RFRA) is a marker of the shift in popular culture in my opinion. The swell and direction of popular opinion is unmistakable. The overwhelming will of the people favors the right to be free from discrimination on the basis of sexual orientation, and religious freedom has never been more disfavored in the Western world. The groundswell threatens to unhinge governments and people who stand against the tide.

Proponents of the Indiana RFRA say that they passed the same law that was first adopted by the federal government during the Clinton era and by a majority of states since that time. Opponents fire back that the Indiana law is different because it extends the RFRA protection to for-profit businesses; it establishes religious freedom as a defense to claims; and Indiana does not have any law protecting people against discrimination based on sexual orientation. Opponents warn that the Indiana RFRA will open the door to wholesale, targeted discrimination against gays and lesbians and will protect bigots against claims of discrimination and prosecution.

Some of the more circumspect commentators suggest that both sides of the divide are making much ado of nothing. They say that opponents are warning of boogey men who are not real. There are no examples in real life of any federal or State RFRA that has protected discrimination on the basis of sexual orientation because someone asserted a right to religious freedom. On the other hand, proponents of the law are promising more freedom to business owners than the law is capable of delivering. There is more going on here than meets the eye at first blush.

First, however, I hope to find the eye of the storm, address the issues causing the furor and then I hope to put them in some historical context. Not many cases asserted under federal and State RFRA’s have been successful. One that was successful is the Hobby Lobby case that was decided by the US Supreme Court (causing similar angst) in 2013. In that case, the Supreme Court ruled that corporations (at least closely held ones) are “persons” protected under RFRA. The Indiana legislation relies on that case for precedent to include businesses under the umbrella of its RFRA. It is the established law at this point.

Many people were upset about the Hobby Lobby case, but it was not a departure from previous law and is in harmony with long standing, consistent precedent that goes back for many years. The corporate “person” is a fiction, to be sure, but a fiction that has had legal reality since the first corporation was ever conceived. A corporation is a way that people join together and do business or carry on other activities in concert with other people. A corporation is not only a structure by which people carry on business; it is also a structure by which people carry on charitable activities. Most charities are corporations. Many if not most churches are corporations. 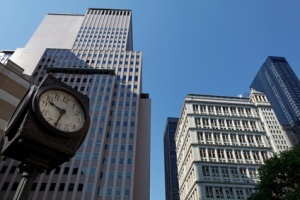 The idea of fundamental rights being protected for people and for corporations made up of people is really not a new concept.

A more poignant objection is that Indiana now protects religious expression through the RFRA recently adopted, but Indiana law does not protect people from discrimination on the basis of sexual orientation.

People are also objecting to the express language in the law that makes religious observance or expression a defense to a claim. Indiana only makes explicit what is implied in other RFRA statutes. The absence of express language has created ambiguity in other state RFRA’s. If it is not allowed as a defense to a claim, of what use is it? Take for instance the Yoder case that established precedent for the freedom of religion. The State of Wisconsin charged Amish parents under the State’s truancy laws when they did not send their sons to school once they reached age 14. As was the tradition in Amish families, sons of that age stayed home to help on the farm. What good would the constitutional freedom of religion be if one could not assert it as a defense?

More concerning for some is that Indiana’s law allows one person to assert religious freedom as a defense to another person’s claim. The Indiana RFRA goes beyond allowing religious expression as a defense to a State claim or charge, and allows freedom of religion to be asserted as defense to claims made by individuals. The wedding photographer refusing to photograph the wedding of a gay couple is an example of what people fear the law will allow and protect. In Indiana, at present, that is a moot point because Indiana does not recognize sexual orientation as a protected classification for which a person can make a claim. (Again, that is really the rub, not the RFRA.)

Assume, however, that Indiana passes such a law recognizing sexual orientation as a protected classification. Does the RFRA, in effect, allow such a law to be circumvented by asserting religious freedom as a defense? In the only cases that have been decided in which gay rights and religious freedom rights (asserted under RFRA) were pitted against each other, religious freedom lost. (See Elane Photography and McClure). When competing rights have been at issue (the right to be free from discrimination based on sexual orientation vs. the right to religious freedom), the right to be free from unlawful discrimination has prevailed. There is every reason to believe that the same result would apply in Indiana based on that precedent. Indiana would have to buck that precedent to reach a different result. (For a more specific legal analysis of the Indiana law see here.)

Yoder was reversed by the Supreme Court in 1990 by the Smith decision. In that case, an employee at a private drug rehabilitation center was fired for ingesting peyote for sacramental purposes at a Native American religious ceremony. Denied unemployment, the worker asserted that his right to religious freedom had been violated. The Supreme Court turned its back on Yoder and refused to recognize the freedom of religion claim. The federal RFRA was passed several years later in response to Smith.

The Yoder case was a dramatic change, but it was short lived. Following the Yoder decision, courts continued to find ways to distinguish the cases on the facts before them, and the Smith case finally nailed the coffin shut. The backdrop to the passage of the first RFRA by the federal government, championed and signed into law by Bill Clinton, was this history of discounting the right to free exercise of religion, particularly when the religious exercise was out of the mainstream. Smith was the last straw.

Of course, it is axiomatic that the protection of fundamental rights by the Constitution, civil rights laws and other laws is necessary for the protection of the minority from the majority. Those rights and protections are anchored to ensure that they are not swept aside by a zealous majority. Over the course of many years, the popular views on religion have been changing. Religion is disfavored in popular discourse at the present time, and that tide is swelling. Though the steady erosion of religious freedom has occurred over more than a century, the current waves of popular sentiment threaten to unhinge religious freedom from its mooring.

It remains anchored, nevertheless, in the First Amendment of our federal constitution, and it has been bolstered up since 1993 at the federal level by the RFRA legislation and subsequently in most states. Without RFRA, the tide might carry freedom of religion out to sea. Reynolds and Smith significantly loosened freedom of religion from its constitutional mooring; RFRA secured religious freedom, albeit by the string of legislation rather than the bulwark of the Constitution. 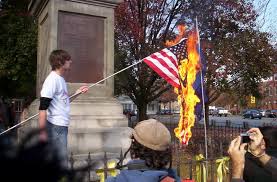 We value freedom of speech in this country to the extent that we tolerate the burning of US flags and allow anyone to say hateful and cruel things about our president (whoever happens to be in office). Most speech does not need to be protected because it is not objectionable.

As with many rights, difficulties are encountered when one fundamental right collides with another. In today’s climate, religion is not a popular, which is all the more reason to be sure religious freedom is protected in the same way that we have managed to find a way to protect other fundamental rights in spite of popular sentiment.

The protestations also signal the degree to which people are willing to castigate religion and religious practice. The sword is drawn at the least hint of religious expression that intrudes on the sensibilities of the popular will. Without RFRA laws, the mob would back religious expression into the safe havens of private homes and places of worship and lock the doors from the outside. As with freedom of speech, however, the free exercise of religion must be protected in the town square if we are to remain a free society.