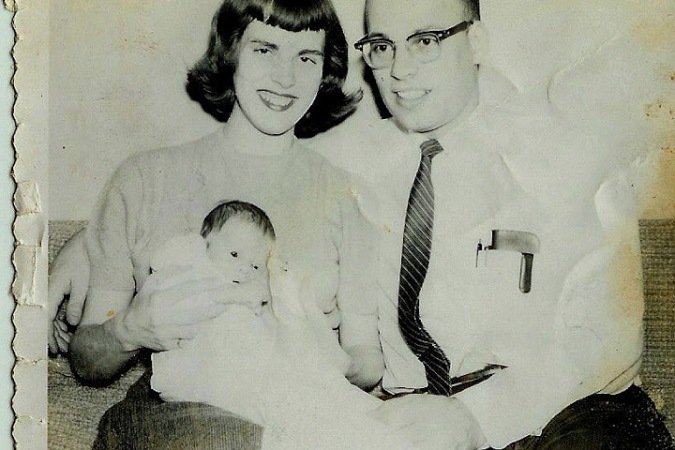 With a title like that, you might think that I am going to get religious or moral. While it is hard to ignore religious or moral ground on the subject of abortion, my intention is simply to relate stories that are close to me, stories of flesh and blood.

You see, if abortion was legal in 1961, I might not be married to my wife.

Her mother became pregnant out of wedlock. I don’t know the whole story. It certainly isn’t for me to judge. My wife’s parents got married, in spite of what their families wanted them to do. As time went on, however, the marriage suffered. The family struggled.

If abortion was legal in 1961, and if her mother walked into a Planned Parenthood office (or, perhaps, her doctor’s office) asking for help as a pregnant teenager, they would have likely suggested, maybe even urged, that she get an abortion. Her parents would have never known, though they might have agreed.

That isn’t what happened, of course. Though she was born seven weeks early, she survived. Almost twenty four years later, I married her.

For all the reasons that abortion proponents suggest, her mother was a prime candidate for an abortion. She was a teenager, and her family did not want her to marry  (as I understand it). It became a bad, abusive marriage. Her father walked out when she was 11, and he never came back. He paid no child support. Life was difficult; her mother did her best to raise seven children; she suffered from depression, and she eventually took her own life when my wife was still a teenager.

Having the abortion would have changed all that, though we have no idea in what way. If she had not kept the baby and not gotten married, she may not have had six more children. Maybe they would not have been born either. Would she not have suffered from depression? Would she have regretted the abortion? We can not say.

Abortion proponents might say that a young, teenage mother should not ruin her life by having the baby. If a mother or father walked their daughter in to see a doctor or into a clinic today, they might pressure her to abort the baby. They might conceptualize that abortion is the right thing for the child too. They might theorize that abortion would spare my wife a difficult life, that she would be born into the vicious cycle of poverty, into an abusive, then a fatherless home with a mother who would struggle to care for herself and her seven children.

This is not meant to be an exercise of moral judgment. This is simply how it was. For all the reasons given to justify abortion, my wife was a prime candidate. If abortion was legal in 1961, she may not have been born, but I am glad she was!

My wife is a fighter. She is a hero in my book. She refused to give in to pressures of the environment in which she was born. She refused to allow her environment to shape her. She was and is an over comer. Her mother tried to do the same. She did not have the same opportunities, but she gave her daughter a chance, and her other six children too.

Beth became my wife and gave birth to six beautiful children who range in age now from 16 to 30. We live a good life, and I am truly happy and blessed that abortion was not legal in 1961. But there is more to the story.

After our first two children, I decided to go law school. It was not just my decision. I would not have gone back to school if my wife had not encouraged me to do it. Going back was extremely difficult at the age of 28 with two children and moving 1000 miles from our home. On top of that, my wife became pregnant with our third child just before school started.

It was a very difficult pregnancy. She was sick the entire nine months. She gained less weight then the weight of our third son when he was born. She could not keep anything down for most of the nine months.

It was a stressful time. I was a full time student, in school and studying eight or more hours a day. I would come home for dinner, spend time with the kids, and study another three or four hours each night. She watched children at home, made crafts and sold them, and baked cakes and pies and sold them, anything to make ends meet. She did this with two small children and feeling sick nearly every day.

About four months into the pregnancy, the doctor told her she needed to have some additional testing done on the baby. There were issues. He was concerned. The testing confirmed those concerns, and the doctor suggested abortion. The showed evidence of spina bifida, a malformation of the spinal column that could result in deformations – stumps for legs, useless legs or worse.

Although we discussed it, abortion was not an option for my wife. I might have been more easily convinced than she if I were in her place, but I know she was right. This was a life inside her. This was our baby, for better or worse. Who were we to say whether this baby would be born or not. It was not up to us. He was given to her, to us, to nurture, whatever the outcome.

Many women give birth to children with birth defects every year. We all dream of wonderful, healthy, happy children, and the prospect of giving birth to a severely malformed child is daunting. I have seen the affect that disabled children have on parents. Severe abnormalities mean a lifetime of care with no prospect of a normal life. The the burden can cause marriages to fail and cast a dark cloud over the life of both parents.

On the other hand, I know people who have survived the birth of severely disabled children, and not only survived but thrived, attributing personal growth and even blessing to the challenge of raising a special needs child. We do not control all the circumstances of our lives. We can control how we react to them and how we put them in perspective. 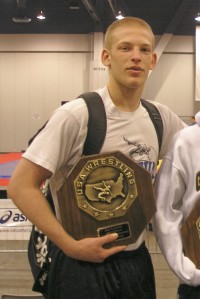 As for us, our son was born healthy. Our doctor showed us the scar tissue at the base of his spine, evidence of the malformation that was detected by the prenatal testing. But, somehow, he could not explain it, the malformation “healed itself” in the womb, leaving only scar tissue to remind us of what might have been.

We were “lucky”. But our son might not have been born at all if we had listened to our doctor. He might not have had a chance to be born if abortion was legal in 1961.

My wife is a hero. Her mother is too. Give life a chance.