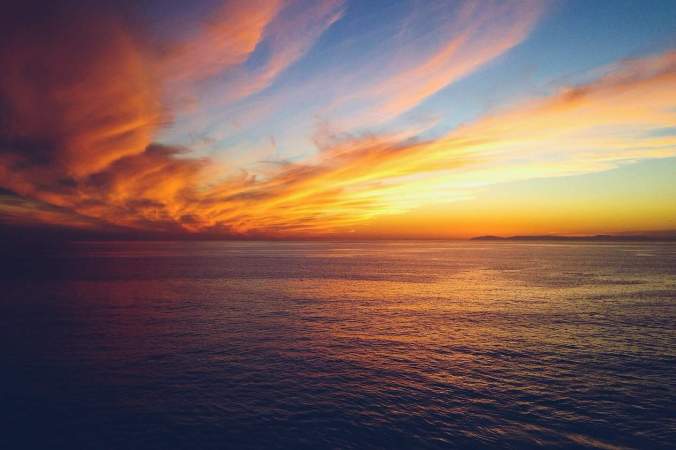 Theists are accused of committing a “God of the gaps” fallacy, which is to assume (insert) God (into the gaps in our understanding). Atheists say that this assumption (faith) is irrational and wholly unsupportable by science or reason. They say they would rather rely on science and reason, and conclude there is no scientific or rational support of the proposition that God exists.

Atheists tend to be materialists, meaning that they believe that the “world” (all that exists) is material, only. They tend not to accept that anything other than the material world exists.

An exploration of these contentions will show that the material world is not all that exists and that atheists who subscribe to the modern view of the multiverse, which is used to explain problems for which science has no answers if only one universe exists, is a resort to the same kind of fallacious thinking pinned on theists. The God of the gaps argument against faith and belief in God conflates science and reason, and a materialist worldview conflates scientific knowledge with all possible knowledge of the world.

While modern science is limited to the study of the material world, things that can be measured and observed, science in the classical sense, is not so narrowly defined. The etymology of the word, “science,” stems from a root meaning that simply means knowledge, a body of knowledge and the ability to distinguish one thing from another[2] (specialized knowledge).

The idea of “science” has evolved and progressed over time. Science was once called “natural philosophy” and was linked to philosophical ideas of God or gods and super natural (beyond natural/material) causes. In fact, “for most of the history of science natural philosophers appealed to causes that would be summarily rejected by modern scientists.”[3] These presumed causes are the gods of the gaps I referenced in the beginning.

Today, the term, science, means “knowledge of natural regularities that is subjected to some degree of skeptical rigour [sic] and explained by rational [natural] causes.”[4] Scientific methodology today is dominated by skepticism, and particularly skepticism of anything that is not explainable in material, natural terms.

We should be cognizant of the fact, however, that that science is not as solidly embedded in empirical truth as one might assume or which modern sensibilities might suggest. It never has been, something which nearly all modern scientists would concede about the past, but they might not be willing to concede that about the present.

Stephen Jay Gould, in the introduction to The Mismeasure of Man, 1981, makes this observation about science:

Science, since people must do it, is a socially embedded activity. It progresses by hunch, vision, and intuition. Much of its change through time does not record a closer approach to absolute truth, but the alteration of cultural contexts that influence it so strongly. Facts are not pure and unsullied bits of information; culture also influences what we see and how we see it. Theories, moreover, are not inexorable inductions from facts. The most creative theories are often imaginative visions imposed upon facts; the source of imagination is also strongly cultural.

Theology is a “science” in the classical sense and is called “the beautiful science”. But, the modern conflation of science with study limited to the material world and natural processes excludes theology (and philosophy) from the realm of science, so we need to speak of these things today in different terms.

But all of this begs the question, which is whether science, as defined today, is the study of all that exists? Is knowledge (to use the broader more classical meaning of science) limited to the world of nature and natural processes, material and material processes? Does knowledge legitimately extend beyond matter? Is there reality beyond the material world?

To be more specific, what are the properties of common sense? What is the material makeup of love? What are the measures by which we can define, observe and categorize anger or happiness or beauty? How about morality? What are the dimensions of morality? How much does consciousness weight?

Are these things material or products of a purely material world?

I suppose it makes sense that scientists might be biased to conclude that the world consists only of those things that they study, but that is a very provincial idea, is it not? Are we, and our minds, and our loves and things like beauty really just “molecules in motion”?

Or is that kind of thinking “parochial”, short-sighted, and narrow-minded and in denial of obvious reality that exists that cannot be explained in solely material, natural terms? Simply put, is scientific knowledge the only real knowledge?

the focus on the material world and material processes is understandable in the framework of scientific study and science as a profession. Scientists must necessarily devote their attention to the material world and material processes to perform modern science, as modern science is defined. The study of science, by definition, excludes outside (supernatural or extra-natural) causes. But does it make sense to carry over this myopic focus into a worldview or philosophy of life? Does it make sense to begin with a proposition that excludes all other possibilities as an initial, dogmatic presumption?

The promotion and imposition by the scientific community of a purely material focus on culture and the rest of academia is no different, really, than the theologian who imposes a theological view of the world on everything he does. Yet, we tend to laud the one and lament the other.

One ironic difference between the beautiful science and natural science is that the theologian can account for and incorporate science into his knowledge, but a scientist who has limited himself to the natural world and a priori excluded everything else cannot account for or incorporate theology into his science. The materialist can make no room for anything that cannot be proven or studied by science, which is limited in its modern construct to the natural, material world.

Atheists like to say that theists have simply inserted “God” into the gaps in our knowledge, plugging God in where our knowledge fails. Scientists who say these things will turn around and plug the gaps in their own way.

For instance, to avoid the implication that the universe is so finely-tuned from the moment of the Big Bang to sustain life on Earth that it must have been designed by a Mind with personal agency (God), some scientists have proposed the theory of a “multiverse”. A multiverse is a potentially unlimited string of universes (also known as string theory), or spawning universes,. The idea of the multitverse is that eventually (mathematically/theoretically) a universe such as ours would appear in which the perfect conditions for life on a small planet in a small galaxy might exist in an otherwise enormously large universe.

There is no scientific evidence for a multiverse, as the evidence of it, if it exists, is closed off to us in this particular universe in which we exist. it is theoretically possible, of course, but we can have no proof if it. Is this not a universe or (multiverse) of the gaps? Doesn’t the idea of God who stands outside and beyond our universe amount to the same kind of a theory (of the gaps)? Both are theoretically possible, and neither are capable of proof from evidence limited to us in this universe in which we exist.

This is gap filling theory is very strange indeed, coming from the scientific community that has long accused theists of gap filling with God. There is no evidence of any other universes, let alone a virtually unlimited number of them, and no reason to believe that another universe exists – other than to the fill the gap in our knowledge of what caused the world to exist.

Not only is this theory a gap filler with no evidence for the reality of it, the multiverse just kicks the can perpetually down the road. At least the God idea has a backstop that is fixed. Where did that universe that spawned our universe come from? And so on….

John Polkinghorne has responded to these ideas as follows:

Those who make such a claim are drawing a very large intellectual blank check on a totally unknown bank account. Consciousness seems to demand very great physical complexity to sustain it (the human brain is the most complicated physical system we have encountered). It is far from persuasive that there are many alternative routes to the generation of such complexity.

At some point, we have to concede a first universe that created itself or sprang, uncaused, out of nothing. Really?!

Eliminating the idea of God does not have that problem.

One argument for the existence of God based on logic is simply this: all things that begin to exist had a cause; the world began to exist: so the world had a cause. That “cause” is what we call God.

If God exists, He is the First Cause. He is the Uncaused Cause. If there is a Creator of the material world, this Cause or Creator must necessarily be immaterial. The Creator or Cause of this Thing (the universe) must be something other than the Thing that it caused to exist. Thus, God must be immaterial – a mind as opposed to matter.

This is not a gap argument, but an argument supported by the logic of the premises.

Some might say that the second premises is not fact – that the world did not begin to exist (it did not have a beginning). Indeed, some still today reject the idea of a Big Bang (The Big Bang did not happen by Michael Rivero), but the consensus of the scientific community today is that the universe we know had a beginning. This is the science.

That is why so many people who do not want to concede that God may exist have resorted to theories like the Multiverse or necessity or other theories that also make assumptions and kick the proverbial can down the road.

So, which is more rational: God or no God?

One thought on “Filling in the Gaps: God or the Multiverse?”