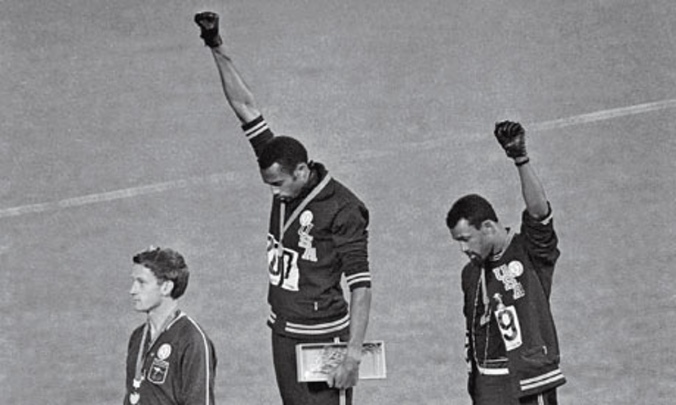 I have been silent about the Colin Kaepernick “issue” since it first surfaced. I have been slightly amused, but more perturbed, at the rants and raves that have taken on a life of their own. Don’t we have more serious issues to attend to? We get our panties in a bunch a little too easily.

I know. I probably stand apart from many of my friends and people I know. I am white, lean conservative, consider myself a Christian… but more importantly, above all other things, I count myself a follower of Christ, an imperfect one to be sure. But, that’s my ideal.

I don’t identify with Colin Kaepernick, and neither do my friends, and that is part of the problem.

We have a problem in the country. Well, we have lots of problems. But, one of them is that black people are viewed differently and treated differently than white people. This is unfortunately true, even after all the triumphs and gains of the civil rights movement.

We have our own problems.

Our problems and feelings and views get in the way.

To me, the drone of negative comments about Colin Kaepernick is getting to be irritating… more irritating than the way his demonstration makes me feel in the first place.

You see, I don’t think that what Colin Kaepernick is doing is very effective.

I agree with the sentiment. This country, and the flag that represents it, stand for the freedoms that most of the rest of the world don’t experience on the same level as we experience in the United States. The rebellion is misplaced. The freedoms that we have provide hope that things will be different tomorrow, and there are better ways of achieving those hopes than refusing to honor the flag that stands for those freedoms.

Colin Kaepernick is a coddled, star athlete who has privilege and fame and riches and… ok, he is thinking of those who don’t have what he has. Sure he apparently identifies as Muslim. So what!

None of that justifies killing police officers or looting, burning and destroying things.

Not everyone can be painted with that broad brush either, but enough white people, and maybe even black people, view blacks differently on the streets and in moments of tension that we clearly have a problem… and we need to admit it!

In spite of the Colin Kaepernicks of the world.

We need to remove the plank from our own eyes.

If you don’t know allusion, Jesus called the Pharisees (local religious leaders of the time) hypocrites for trying to remove the speck from other peoples’ eyes while having a planks in their own. It’s a rather humorous picture.

He said, first remove the plank from your own eye; then you will be able to see to remove the speck from your brother’s eye. Sure, there is a speck in Colin Kaepernick’s eye, but there is a plank in our eyes!

That plank, by the way, looks like a speck to someone else. You see, it may not be big in the grand scheme of things, but when we have a speck in our eyes, it’s like a plank. It blocks our ability to see clearly.

I don’t like the term “white privilege”. Not being able to see, really see, what it’s like to be someone else is a human thing (not a white thing). It’s still a thing though.

White people (on average) don’t see the issues that black people face clearly. We just don’t. Remove the plank. Open your eyes, and your ears and your hearts…. Develop a relationship with a black person and listen to what they have to say.

This is what Jesus would do.

This is what Jesus told us to do.

Sure the freedoms we have allow us to complain freely, often and loudly, but did all the people who died for those freedoms do it only so that we can complain? Maybe it would be better if we got serious about acknowledging that some of our American brothers and sisters are not enjoying those freedoms completely because of lingering racism that is subtle and (likely) unconscious. Maybe it would be better if we did something to counter those subtle, unconscious racial tendancies, starting with ourselves.

I believe that Colin Kaepernick is misguided, and his protest is not an effective tool to address the issues he sees. (Though it certainly has people talking!) But there are issues.

If we are simply complaining about Colin Kaepernick, then maybe we are part of the problem.

One thought on “Issues with Colin Kaepernick”