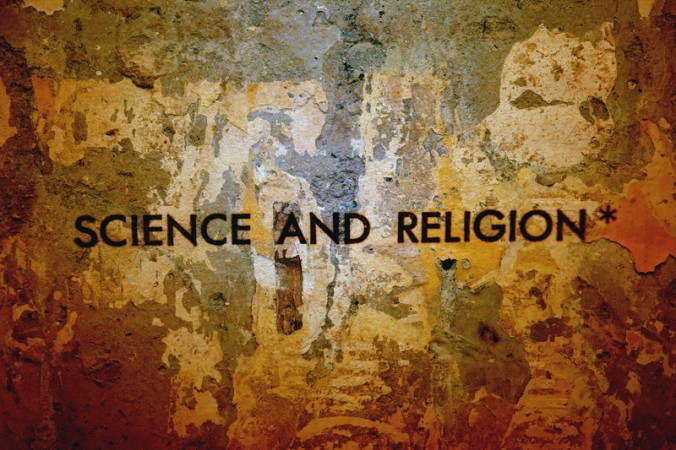 Christianity stands alone among all the religions of the world in that its religious text is harmonious with the facts about the universe revealed by modern science. That statement may seem incredulous to many who have heard that science and faith are incompatible. Such a sentiment is conveyed by people who don’t understand faith (or the Bible), and they are seemingly confirmed by people of faith who distrust and misunderstand science.

If God is true, His fingerprints should be seen in the universe He created.  So Christians should not be afraid of science. Scientists and people who love science, also, should not be closed-minded about the evidence of God. Close-mindedness should not be characteristic of the scientific community.

We can’t possibly prove God, which is why many people of science reject the idea of God out of hand. But scientists accept many things that can’t be proven. They accept the concept of beauty, though science cannot tell us what it is; and they love their spouses and children, though the idea of love eludes scientific analysis.

Just as the art on a canvas is a reflection of the artist, it doesn’t tell the whole story, and different people see different things in the art. Thus, someone can look at the natural world and focus on death, suffering and seeming futility. While, another person can look at the same natural world and see stunning beauty, unimaginable variety of living and nonliving things and the intricately inter-working, complex processes and structures that speak to a mind of awe inspiring magnitude.

In that context, there is a friendly challenge awaiting the person of science to examine the Bible and understand it on its own terms. Only then can such a person form an informed opinion of the Bible. The same challenge awaits people of faith. Got, the Creator of the universe, gave us the world, and, by studying it, we can see His handiwork. We should not be closed off to what science reveals.

The truth lies in between. Many thoughtful and educated Christians today believe as Francis Bacon believed a long time ago: “Science and revelation are like two different books, both made by the same Author.[3] We need not fear that the one will contradict the other.”[4] Such an approach allows us to give ourselves fully over to the truth of science and the truth of Scripture at the same time. As Hugh Ross states in the Fingerprint of God[5], any conflict between Scripture and science is the result of our misreading or misunderstanding of one, or the other or both.

With that introduction, I will endeavor to cite various passages of Scripture that describe the natural world in ways that modern science has affirmed. We should expect to see harmony if nature and the Bible have the same Author.

[1] Other Voices on PBS, http://www.pbs.org/wgbh/questionofgod/voices/collins.html

[2] I hesitated to use the term, “gaps”, knowing the common objection to faith that is simply filling in the gaps in our knowledge with the concept of God, but I shouldn’t be afraid to put it out there. If the concept of God holds true, it will not only fit in the gaps, it will make sense of them and everything else. The truth is, though, that the God of the gaps argument is fatally flawed. It doesn’t settle the question for people of science, and people of faith who do think that way have a fragile understanding of God (and science).

“As philosopher Alvin Plantinga pointed out, the god-of-the-gaps argument assumes something about the theists it is wielded against. It assumes that God is invoked as a kind of ‘large scale hypothesis to explain what cannot be explained otherwise, i.e., naturalistically.’8 If science cannot explain it right now, then God is postulated as the cause. If science can explain it now, God was not the cause. If science cannot explain it now and God is invoked, but later science discovers an explanation, the theist apparently has two choices: (a) acknowledge the scientific version and chalk another item off of God’s ‘to-do’ list, thereby making God’s activity contingent upon science’s inability to explain something naturalistically; or (b) refuse to acknowledge the new science, thereby defending divine action to the detriment of science. Both alternatives present the theist as unscientific in differing degrees.”

[4] Weinberger, Lael, Whose god? The theological response to the god-of-the-gaps, as published online by Creation Ministries International from the Journal of Creation, April 2008.

[5] Ross, Hugh, The Fingerprint of God, Recent Scientific Discoveries Reveal the Unmistakable Identity of the Creator (Revised) [Paperback] May 17, 2000