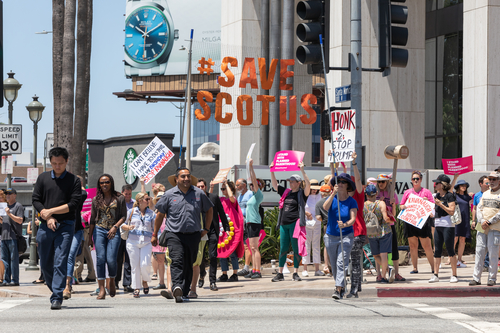 As I write this, Brett Kavanaugh is undergoing ongoing scrutiny for alleged sexual offenses committed against multiple women in his high school and college years. People have lined up along partisan lines for him and against him. Predictable and disappointing – as always.

Due process is intended to prevent hangings, real or political, and to provide a fair, orderly and just way to get to the bottom of factual disputes so that the truth will win out. But that doesn’t always happen. Due process outside of a court of law is more like the wild west, and sometimes the court system doesn’t even get it right. Doe process, even when done right, doesn’t always uncover the real truth.

As the Kavanaugh fiasco teeters and totters forward, Bill Cosby was sentenced for the sexual crimes he committed in 2004. Ironic isn’t it? It’s still hard to accept the verdict that Bill Cosby is a sexual predator.

Bill Cosby was an icon of family values in the 1970’s, 1980’s and beyond. He was a voice of parental reason, a harbinger of respectability and a model of integrity – or so we thought.

It turns out that Bill Cosby had a very devious, deviant and dangerous side. He drugged women he lured into his private lair and raped them. He did it often if all the reports can be believed. The sheer number of them suggests we should believe them.

It’s no wonder the #MeToo movement has taken off like it has. It’s only a wonder that it took so long. Society looked the other way for too many years. We enjoyed our sex – some of us anyway. We dared not expose the dirty little secrets to the light lest we give new life to the prudish, Victorian morality we tried to throw off in the 1960’s.

Virginity is a modern joke. Waiting until marriage is code in some circles for repressed sexuality suffering to be freed from religious constraints. The proof is in the public outliers, like Josh Duggar. “See, I told you!” say the naysayers.

Harvey Weinstein was no Victorian prude. Woody Allen is so progressive that he causes Hollywood to blush. Larry Nassar was a modern, cutting edge doctor, an expert on doctoring young gymnasts – unfortunately, he doctored them in too many ways. Just in the last week, Dr. Grant Robicheaux, a self-described elite orthopedic surgeon, and recent Reality TV personality, was charged with drugging and raping women he attracted through his TV celebrity and position.

These are not prudish and repressed religious types. These are the products of a society that has long been schizophrenic about sexual activity. While the voice of angry women rises in pitch and intensity about the indiscretions of a long, male dominated society, the lid to Pandora’s box lays wide open.

The problem with appetites is that they grow bigger the more they are fed. Anyone who has tried to diet after a long period of overindulgence knows this. Maybe it’s time that we get real about our American problem with sex. But I am digressing.

Can we afford not to take the allegations against Kavanaugh seriously? Can we stand up to it?

Op ed writer, Marc A Theissen asks, where is the corroboration? Why didn’t Feinstein reveal the accusations six weeks earlier when she got wind of them? Why didn’t she use “the confidential, bipartisan process that the Judiciary Committee uses every day to assess the credibility of allegations against hundreds of judicial nominees”? Why hasn’t she shared the unredacted letter with the Judiciary Committee? (See How Much Evidence So We Need to Destroy Someone)

We tend to see the world against the backdrop of our own narratives. Eileen McClure Nelson, for instance, says, “I know why Christine Blasey Ford didn’t come forward earlier. I didn’t, either”. Reading her story, it isn’t too hard to understand. How many times have these things happened to young women in years gone by? God only knows.

Meanwhile, a writer for the conservative blog, Wintery Knight, relates his own experience of taking a vow of virginity serious and being humiliated for it by a woman at the company he interned with. He says the experience offended him so badly that it colored his view of women for years. It isn’t surprising that he believes Kavanaugh when he claims he was a virgin through high school and beyond.

But things don’t look good for Kavanaugh. Just today, USA Today reports that signed, sworn statements from four different people have been tendered to the Senate Judiciary Committee corroborating Christine Blasey Ford’s story. The statements reveal various times that Ford confided in people close to her about the sexual assault she experienced, including the identity of the man who assaulted her. They have the ring of truth to them, in my opinion.

Wikipedia notes that Ford is a registered Democrat, has publicly protested Donald Trump in a local Women’s March and San Francisco March for Science and has donated (a whopping $80.50) to the Democratic National Committee and Friends of Bernie Sanders. Skeptics have made similar, albeit more salacious, observations. (Some of the allegations about Ford have been debunked.)

The counter-accusations are flying. This photo is supposedly Ford with Soros: 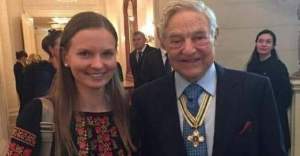 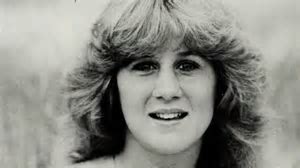 This is the problem when things like this get hashed out in the meat grinder of politics where no holds are barred. The truth too often gets lost in the cloud of political turmoil.

I said when Brett Kavanaugh was announced as the nominee for the high court that he wasn’t the best choice on Donald Trump’s list. Unfortunately, it seems evident I was right, though not for the reasons I had at the time.

Though I tend to believe Ford’s recollection of what she experienced, the story has not been properly vetted through appropriate due process, and it may never be. I wish that Kavanaugh’s name would be withdrawn, the sooner the better. For the sake of the sanity and welfare of the country. We don’t need this.

We can’t go one discounting the sexual sins of our past. We have to face up to them.

At the same time, I understand the concern over the lynch mob mentality that could arise, “hanging” people in the public opinion square, destroying them on the thin rope of old memories, and nothing more – no due process, nothing.

These things should be handled in a court system where we have some confidence in the due process that is applied – not that the courts always get it right. They don’t, but the process is fair and has integrity for the most part.

If only politics could put on the appearance of objective truth seeking that jurists are trained to wear. Even if it is only in the appearance, the façade might hold out some hope that we can walk with dignity past the partisan politics that fuel the skepticism of the country that is coming unhinged. The photo at the top of this blog post suggests otherwise. It was taken well before any allegations surfaced.

Unfortunately, my suspicions seem to be well-founded: Allegations against Brett Kavanaugh Fail to Move Public Opinion. People have not appreciably changed their positions on Kavanaugh since the allegations have gone public. “Everyone is seeing what they expect (or want) to see,” is the inescapable conclusion.

In years gone by, the allegations of sexual impropriety didn’t appreciably change the way people saw Bill Clinton. The old allegations were swept under the rug, and the Monica Lewinsky thing was shrugged off as consensual whatever-it-was (Clinton insisted, “I did not have sex with that woman – Lewinski).

Never mind that sexual relations by a person in a position of power over someone else is the very definition of sexual harassment, even if it was “consensual”. When female teachers have sex with middle school and high school boys, they get prosecuted – even if the boys like it. (If you don’t understand, just listen to Van Halen’s Hot for Teacher, and you will know what I mean.)

Consent isn’t the end of the discussion, but the lack of it certainly is an issue.

And now, just an hour ago as I write this blog article, a third woman has come forward with a sworn statement accusing Supreme Court nominee, Kavanaugh, of sexual misconduct. It doesn’t sound good for Kavanaugh.

But, then, the new woman, Julie Swetnick, is represented by the same attorney, Michael Avanatti, who also represents Stormy Daniels. As if those connections are not worth a pause, Avanatti apparently has his own aspirations for the White House as a Democratic candidate.

It’s complicated, as people say. It makes me wonder: would these woman have come forward if the candidate was a Democrat? The skeptic in me doesn’t think so. I’m afraid those sins might have been forgiven, or overlooked at least, if the shoes were on different feet.

That doesn’t mean that these women didn’t experience what they claim. It doesn’t make the conduct right, not in the least. I am still of the opinion that Kavanaugh should step down or have his name withdrawn. (Bill Cosby might have been better served to have admitted his indiscretions earlier, perhaps.)

It just makes things more complicated for a skeptic like me. Why now? Why are they represented by a political hack?

Why is politics so messed up?!

American politics is no better, in my opinion, than our schizophrenic, sex-obsessed society. The saying that politics makes for strange bedfellows couldn’t be closer to the truth.

I have waited this long to say anything, and I probably should have waited longer. The hearings have just begun. Who knows what else may come out in the wash. Most of the time we are better off, in my opinion, withholding judgment until these things shake out. Discretion is the better part of valor, the saying goes, but discretion isn’t the better part of politics, unfortunately.