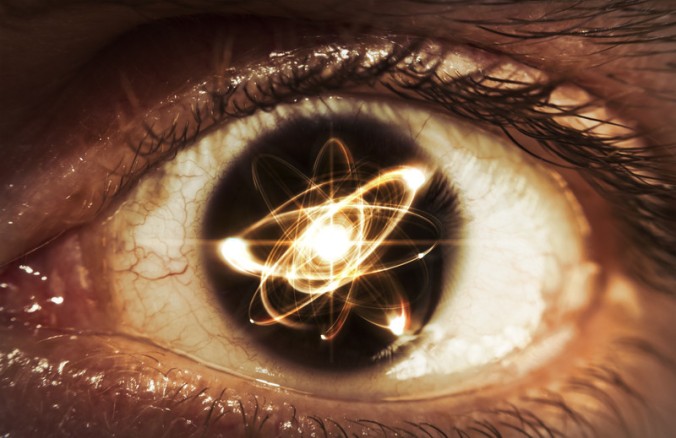 19th Century science assumed a universe that always existed. That model gave way in the 20th Century to the concession that the universe had a beginning and time, space and matter sprang into existence in an instant that has come to be known as the “Big Bang”.

Scientists who succeeded in the line of the materialists of the 19th century, who embraced Darwinism as they gladly shed the shackles of religion and faith, feared that the Big Bang might reopen the old doubt that God may exist after all. From the beginning, the idea of a Big Bang that began the universe was met with caution and reluctance.

Albert Einstein’s response to the consequences of his own general theory of relativity may be reasonably interpreted to reflect a possible concern about the peril of a confrontation with the Creator. Through the equations of general relativity, we can trace the origin of the universe backward in time to some sort of a beginning. However, to evade this seemingly inevitable cosmological conclusion, Einstein introduced a cosmological constant, a “fudge factor,” to yield a static model for the universe. He longed for a universe that was infinitely old. In fairness, Einstein later considered this to be one of the few serious mistakes of his scientific career. However, even this concession must have been painful, as Einstein had a strong conviction that all physical phenomena ultimately should be accounted for in terms of continuous fields everywhere (see Max Jammer’s 1999 book Einstein and Religion).[1]

The reason for this reluctance relates to one of the fundamental arguments for the existence of God dating to Augustine – the cosmological argument. Succinctly, the argument goes like this:

The implication that the universe did not always exist begged the obvious question that made scientists squirm who subscribed to a purely materialistic view of the universe. They thought science had rid the universe of Augustine’s God by assuming the universe, and not God, was eternal.

Some, like Arno Penzias, co-discoverer of microwave background radiation and 1978 Nobel Prize recipient in physics, also conceded the theological implications[2]:

“The best data we have (concerning the big bang) are exactly what I would have predicted, had I nothing to go on but the five books of Moses, the Psalms, the Bible as a whole.”

Leon Lederman, the famed astrophysicist, added his own observation[3]:

In the very beginning, there was a void – a curious form of vacuum – a nothingness containing no space, no time, no matter, no light, no sound. Yet the laws of nature were in place and this curious vacuum held potential. A story logically begins at the beginning. But this story is about the universe and unfortunately there are no data for the very beginning. None, zero! We don’t know anything about the universe until it reaches the mature age of a billionth of a trillionth of a second – that is, some very short time after the creation in the Big Bang. When you read or hear anything about the birth of the universe, someone is making it up. We are in the realm of philosophy. Only God knows what happened at the very beginning.

George Smoot, who was involved in the discovery of the “big bang ripples” in 1992, said in an interview, “If you’re religious, it’s like seeing God.”[4]

Stephen Hawking, having come “about as close as we can get to a mathematical rationalization for the Big Bang Theory”[5] (the singularity theorem), seemed to embrace the idea of a Creator early on:

“It is difficult to discuss the beginning of the universe without mentioning the concept of God. My work on the origin of the universe is on the borderline between science and religion, but I try to stay on the scientific side of the border. It is quite possible that God acts in ways that cannot be described by scientific laws.”[6]

While Hawking waxed eloquent on the seeming handiwork of God in the beginning of the universe, and while he has stated he is not an atheist, he and most other scientists who are unwilling to rest their conclusions on anything but science remain on the side of the agnostic. “So long as the universe had a beginning, we would suppose it had a creator (the cosmological argument). But if the universe is really completely self-contained, having no boundary or edge, it would have neither beginning nor end: it would simply be. What place, then, for a creator?”[7]

Hawking, in the same book in which he waxes eloquent about a Creator, makes the case against one. In A Brief History of Time, Hawking introduces the Hartle-Hawking “no boundary” proposal (concluding that the universe has no beginning or end) using the construct of imaginary time. Henry F. Schaeffer III, observes that a case can be made that “the primary purpose of the theory seems to be an attempt to evade the cosmological argument for the existence of God, via the claim that nature is self-contained and effectively eternal.”[8] (Schaeffer also notes that Hawking concedes in the same pages of the book that removing the construct of imaginary time leaves us back in the same boat: the singularity theorem.)

Whether Hawking, Penzias, Lederman or any of the other great scientists who reluctantly (or inadvertently) concede the possibility of a Creator, actually subscribe to that possibility as a matter of reason or faith is certainly in doubt, but the prospect of a beginning of the universe forced that (often) reluctant concession.

Since that time, the prospect of a singular beginning, and even of the fine-tuning of that beginning to provide for life from the first nanosecond (the anthropic principle), have not succeeded in disquieting the revolt against that obvious possibility. But, the revolt is usually an attempt to reconstruct the old timeless universe.

What place then for a creator if the universe really is a static state, having no beginning after all?

The materialists among us who would rather not concede that the universe had a beginning to avoid the specter of a Beginner might embrace this latest twist, but the celebration might be premature. This new twist has significant theological and scientific implications. If the Big Bang threatened to conflate science and theology, the possibilities of quantum physics might just make them inseparable.

[7] A Brief History of Time by Stephen Hawking